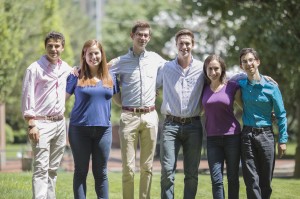 Recently the Obama administration, along with the Department of Labor, have proposed expanding the definition of spouse to allow legally married same-sex couples the same rights as heterosexual couples under the Family Medical Leave Act (FMLA) and Family Military Leave Act. This means that if same-sex couples were married in a state that has legalized gay marriage, then these couples would experience the benefits of the FMLA no matter which state they live in, even if gay marriage in that state is illegal. This in effect would impose federal law over something which has always been a state regulated matter.

In addition, this week U.S. District Judge Richard Young, for the 7th Federal Judicial District, ruled that the State of Indiana’s ban on gay marriage was unconstitutional. This issue is expected to be presented to the U.S. Supreme court because several similar Federal rulings are on hold pending appeal.

All of this recent activity seems to be leading to full rights and access to benefits for same-sex married couples in the whole United States. Do you think this will affect how Human Resources professionals do their jobs? And if so, how will our profession be affected?

NOTE: This publication should not be regarded as legal advice or legal opinion. The content is intended for general informational purposes only. If you have any concerns regarding anything in this publication you may contact your own attorney, CPA, or our law office at 630-230-8434, website www.ma-lawpc.com.