How to Limit Your Liability to Subcontractor Employees for Workplace Injuries 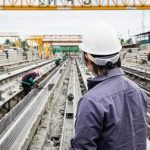 In a recent decision, Carney v. Union Pacific Railroad Company, 2016 IL 118984 (Oct. 20, 2016), the Illinois Supreme Court provided some guidance to owners and general contractors on limiting their liability to subcontractor employees in construction injury cases.  Under the common law, anyone who employs an independent contractor is generally not liable for that contractor’s acts or omissions, but the hiring entity may still be liable for its own negligence.

In this case, Union Pacific Railroad Company entered into a written agreement with a general contractor, Happ’s, Inc., to remove three abandoned bridges on property owned by the railroad. Under this agreement, Happ’s purchased the bridges from the railroad and agreed to provide the labor, tools, and material necessary for the work. The contractor hired a subcontractor to assist with the removal. An employee of the subcontractor was severely injured during demolition of one of the bridges, when a falling bridge girder severed his legs, and he filed a negligence claim against the railroad. The court considered owner liability under three potential claims: owner control, negligent hiring, and dangerous condition on the land.

Based on the court’s ruling, an owner or general contractor hiring a subcontractor can protect themselves from owner control liability by:

The court also re-affirmed that an owner is not liable for injury to a subcontractor’s employees due to negligent hiring because employees are not third parties to whom a duty is owed.  Unlike a member of the general public, an employee is in a position to protect himself against the risks of the project he is engaged in.  Finally, the court affirmed that a landowner is not liable to a hired subcontractor for a dangerous condition on the land unless the landowner knew or should have known of the dangerous condition.

NOTE: This publication should not be regarded as legal advice or legal opinion. The content is intended for general informational purposes only. If you have any concerns regarding anything in this publication you may contact your own attorney, CPA, or our law office at 630-230-8434, website www.ma-lawpc.com.