A WOMAN’S RIGHT TO BIRTH CONTROL VS. RELIGIOUS RIGHTS 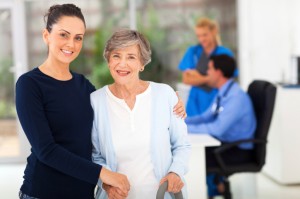 On June 30th, the U.S. Supreme Court ruled in favor of three family-owned businesses, with the majority of the court saying that businesses can refuse to pay for certain forms of contraception they find “morally repugnant.”  At issue are four contraceptives known as abortifacients which are contraceptives that prevent ovum implantation or cause a miscarriage shortly after becoming pregnant.

In writing the majority opinion, Justice Samuel Alito noted that the Obama White House already provided an opt-out for nonprofit religious corporations by allowing an outside insurance company to pay for birth control and felt this should also apply to for-profit employers.  It was suggested by the court that the Government could assume the cost of providing the four contraceptives at issue to women who are unable to obtain them under their health-insurance policies due to their employers’ religious objections.

There is a much farther reaching impact of this ruling than just these 3 companies.  What does this mean for women who are seeking work at privately-owned, for-profit companies which have religious objections to paying for healthcare that would provide them access to such birth control methods?  Does this ruling allow privately held businesses to discriminate against women on the basis of religion?  Will it have a chilling affect and prevent women from applying to these companies, which limits their employment opportunities?  Will it now be legal for a company to ask formerly discriminatory interview questions about a person’s religious beliefs?

Proponents of keeping the Affordable Care Act intact for all employers and employees argue that this could be a slippery slope and open the door to any company claiming they object to parts of the Affordable Care Act based on religious beliefs, i.e., vaccinations or blood transfusions.  Who will decide which religions are worthy of the exemption?  In addition, could this U.S. Supreme Court decision impact gay-rights due to a company’s religious beliefs about homosexuality?

Stay tuned, this will not be the last we hear about this issue.  There is still more work that the government has to do before these questions can be answered.

NOTE: This publication should not be regarded as legal advice or legal opinion. The content is intended for general informational purposes only. If you have any concerns regarding anything in this publication you may contact your own attorney or our law office at 630-230-8434, website www.ma-lawpc.com.